Mary Anna Heckenbach was married to Matthew Jacob Drees. Jake's parents were John Drees and Mary Francis Heilig. Mary was from Wisconsin, possibly Dodge County where Christian himself had lived earlier. Jake had two sisters, Anna and Clara. He was born Sep 19, 1880.

At first Christian was skeptical of Jake, whose father John liked to drink. (John Drees had lost everything in the Chicago fire among other disappointments in his life.) Jake himself was a magician without a real trade. However, Jake had many redeeming qualities and in time Christian came to respect and love him. They lived at 1027 Oakton, Evanston, in the 1910s. He tried his hand at magic and show biz, but settled for a calmer life. Later he became an athletic director. He loved children and spent much of his life among them. He died in 1932 just before his 52nd birthday. Annie lived until 1947.

The following was written by Valeare Breitzman Schleuter about her uncle. She was the only daughter of Jake's sister Clara Breitzman.

Jake in his magician role.

Playbill for Jake Drees' Magic Show. The date is unknown. "Professor Matthews" was his stage name. Among his assistants were his sisters Clara and Anna Drees, and Anna's future husband Gus Hjertstedt. The captions read:

Appearance by the famous Professor Drees, magician and his troupe on both days. With Professor La Deur, juggler and acrobat, and Miss Rosa performing her amazing achievements. 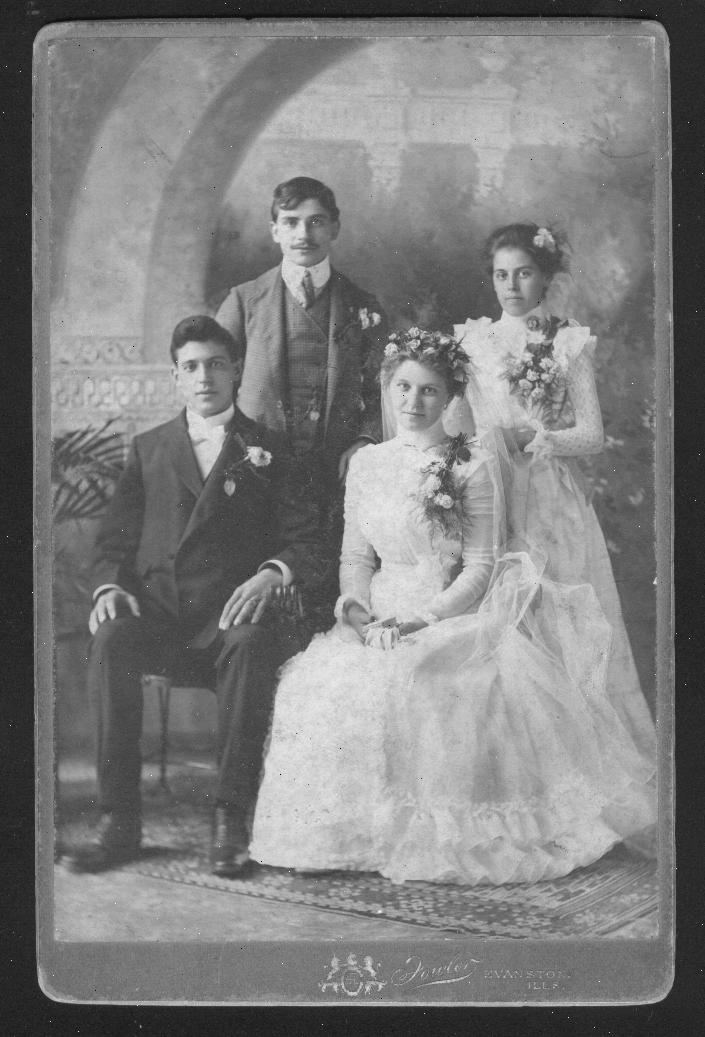 Wedding picture of Franz X. Heckenbach and Katherine Hubrich, who were my grandparents.

In back are Jake Drees and his future wife Annie Heckenbach. From 1900.

Jake can also be seen in the "Ice Cream" picture on another page.